“What happens when two of Australia’s hottest fashion identities get together with a winemaker to bottle their passion? Step into this sunny Sydney seaside lunch and find out”. Gourmet Traveller

Alfred designed and produced a beautiful lunch to launch D&B Pour les Amour ros?. Gourmet Traveller were guests at the table and covered the event with a glowing six page magazine spread.

What does a passion project look like? If you’re fashion designer Dan Single and model Stephanie “Bambi” Northwood-Blyth, it looks something along the lines of a bottle of ros?.

The idea to make a wine came to Single and Northwood-Blyth as they honeymooned on a houseboat in Vietnam last year. “We were drinking French rose and thinking ‘how come Australia doesn’t have a really great ros??'” says Northwood-Blyth. “So we decided we should come up with a wine that’s light and fresh, like this French style, in Australia.”

The couple got in touch with Andrew Nugent from Adelaide Hills winery Bird in Hand (not coincidentally the producer of the sparkling wine served at their wedding) and six months later, Pour les Amour, was born. “It was a love project, really, from the beginning,” says Single.

Nugent and his team brought the couple’s vision of a dry, French-inspired rose to life by harvesting the grapes, he says, in the cool of the night. The result? A crisp, easy-to-drink drop. “It’s a zingy, fresh, exciting wine and I think it matches their personalities.”

Bird in Hand celebrated the release of Pour les Amour with a breezy lunch at Merivale CEO Justin Hemmes’ waterside home in Sydney’s eastern suburbs. The event was part of a series of launches, the first of which took place at Single and Northwood-Blyth’s New York apartment a few months before. “We decided to do a lunch in Sydney by the water,” says Single, “because we’re only selling it by the water this year due to limited supply, then we thought there have been a lot of great things done in restaurants and we really just wanted a beautiful home, and the most beautiful home in Sydney is Justin’s.”

Hemmes, the scion of the Merivale hospitality group, seldom opens his home to the public, but in this instance the exception was easy to make. “Dan and Bambi are close friends,” he says. “I jumped at the chance when they asked.” A 6o-strong crowd of media, friends and family joined the celebration, which was fuelled by a light, sunny spread from Merivale’s group executive chef Richard Purdue ? accompanied, of course, by plenty of Pour les Amour.

The dishes Purdue has shared with us here are best enjoyed with merry company and a side of sunshine. Much like the wine itself, really. “Have it with a friend or a lover, ice-cold and just relaxing,” says Northwood-Blyth. Single is rather more forthright: “Any time, day or night.” 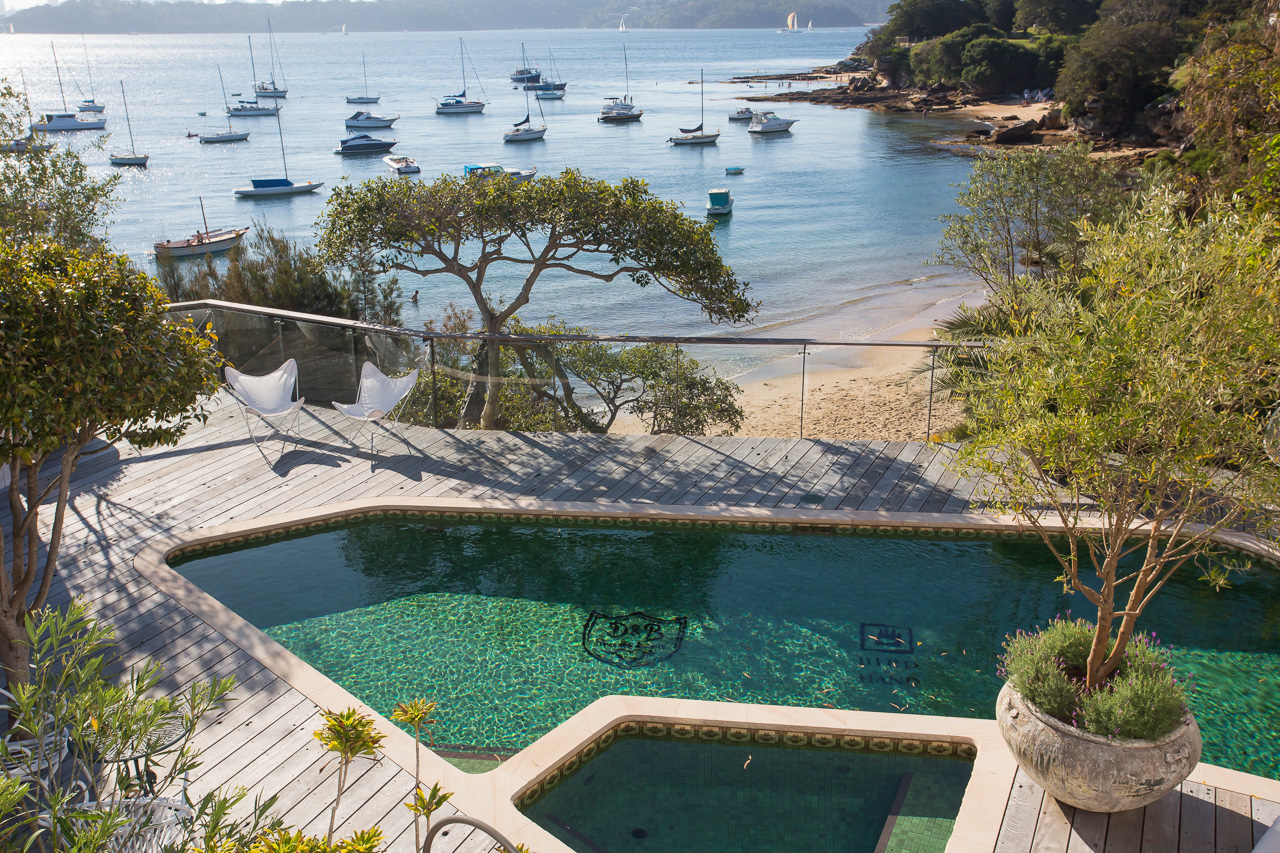 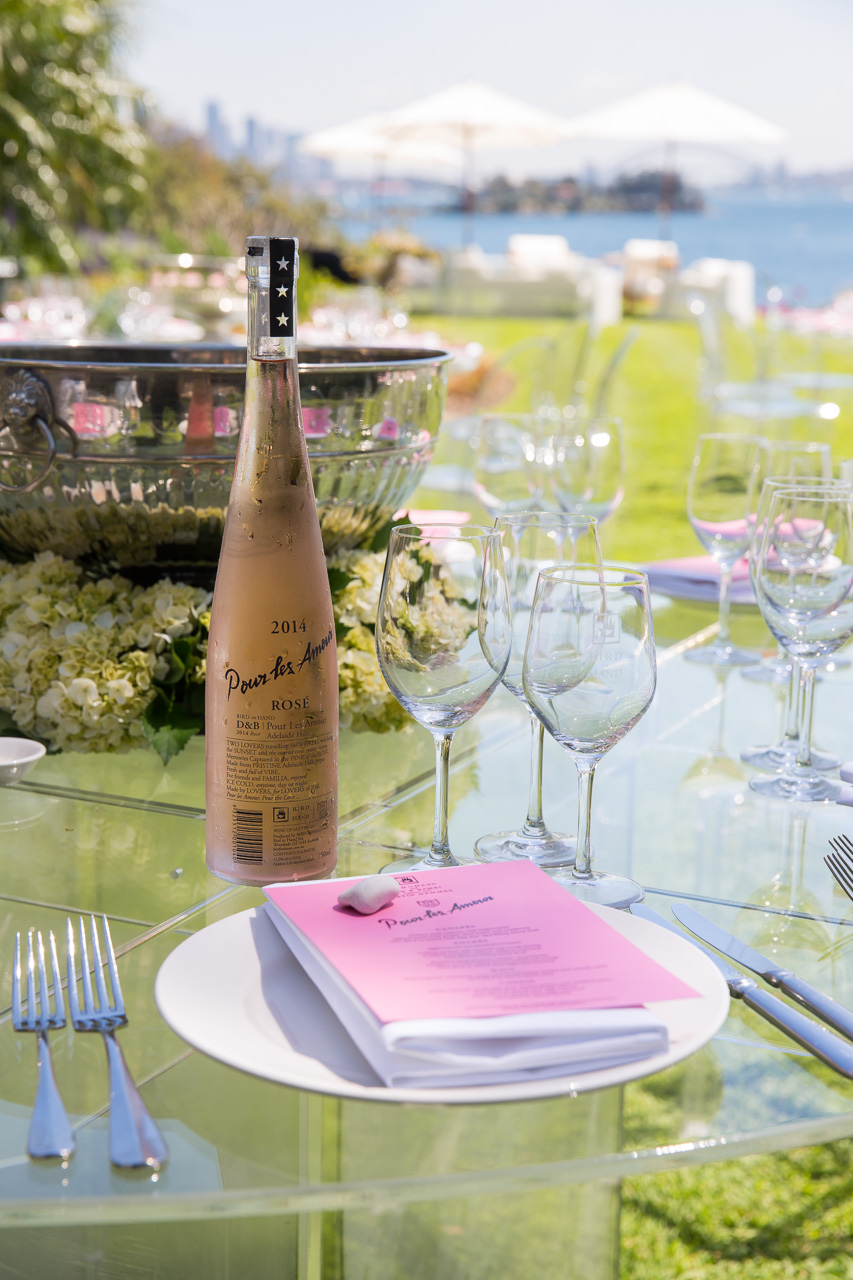 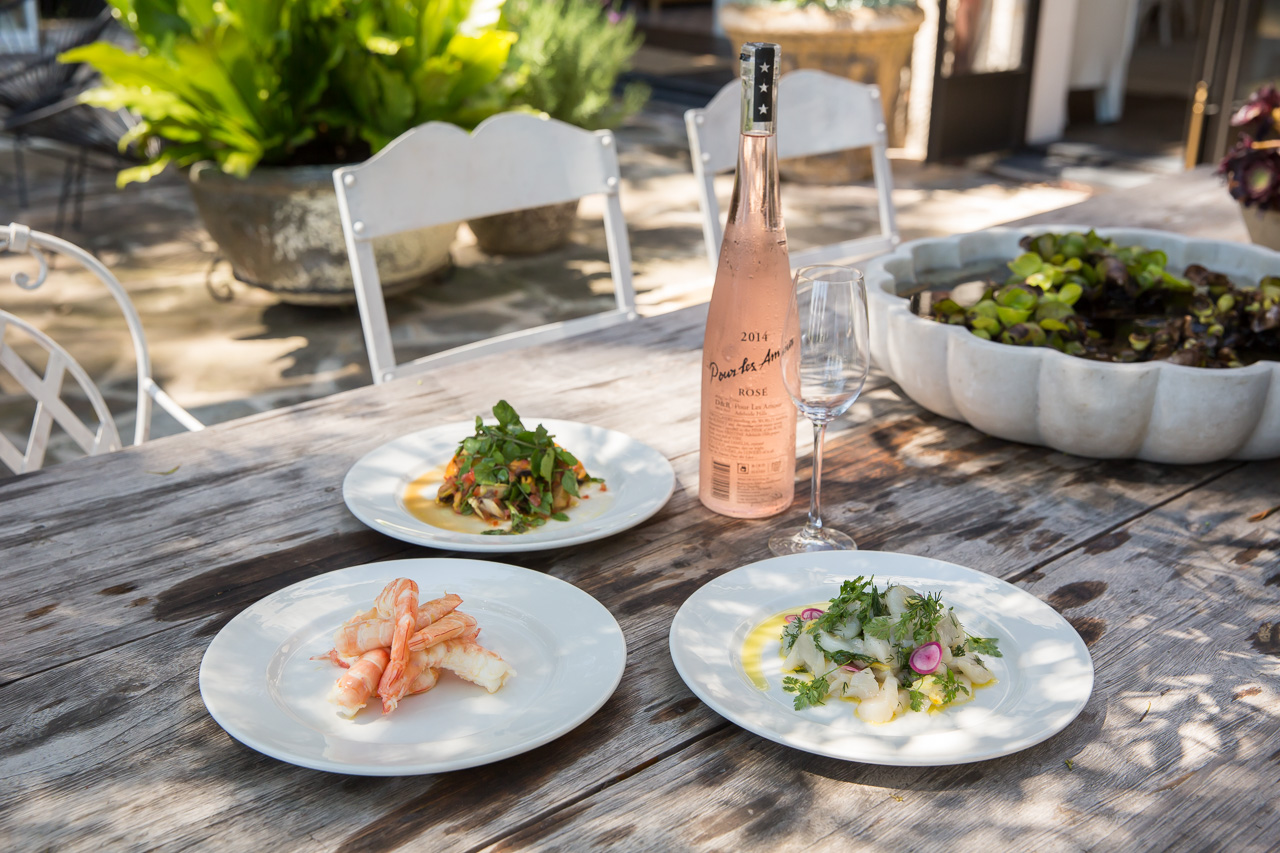 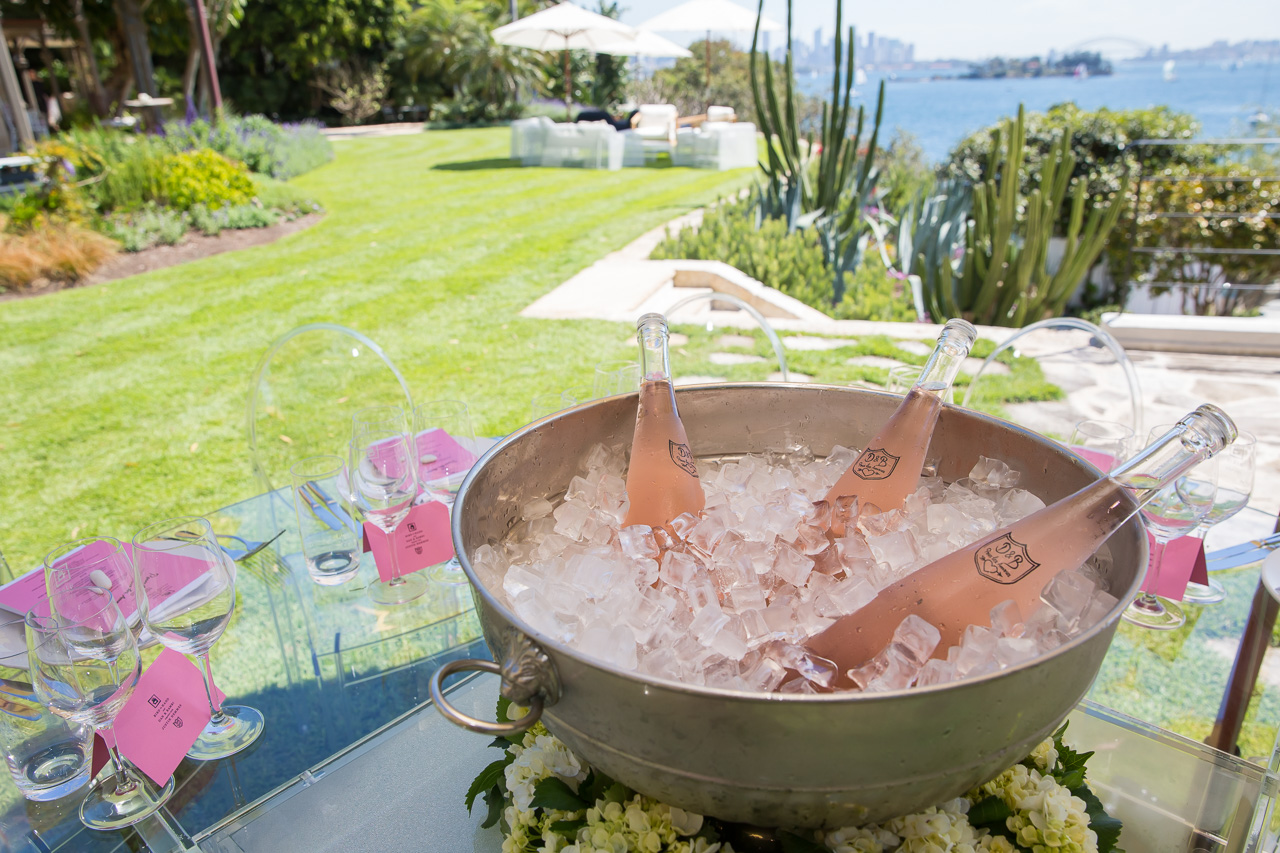 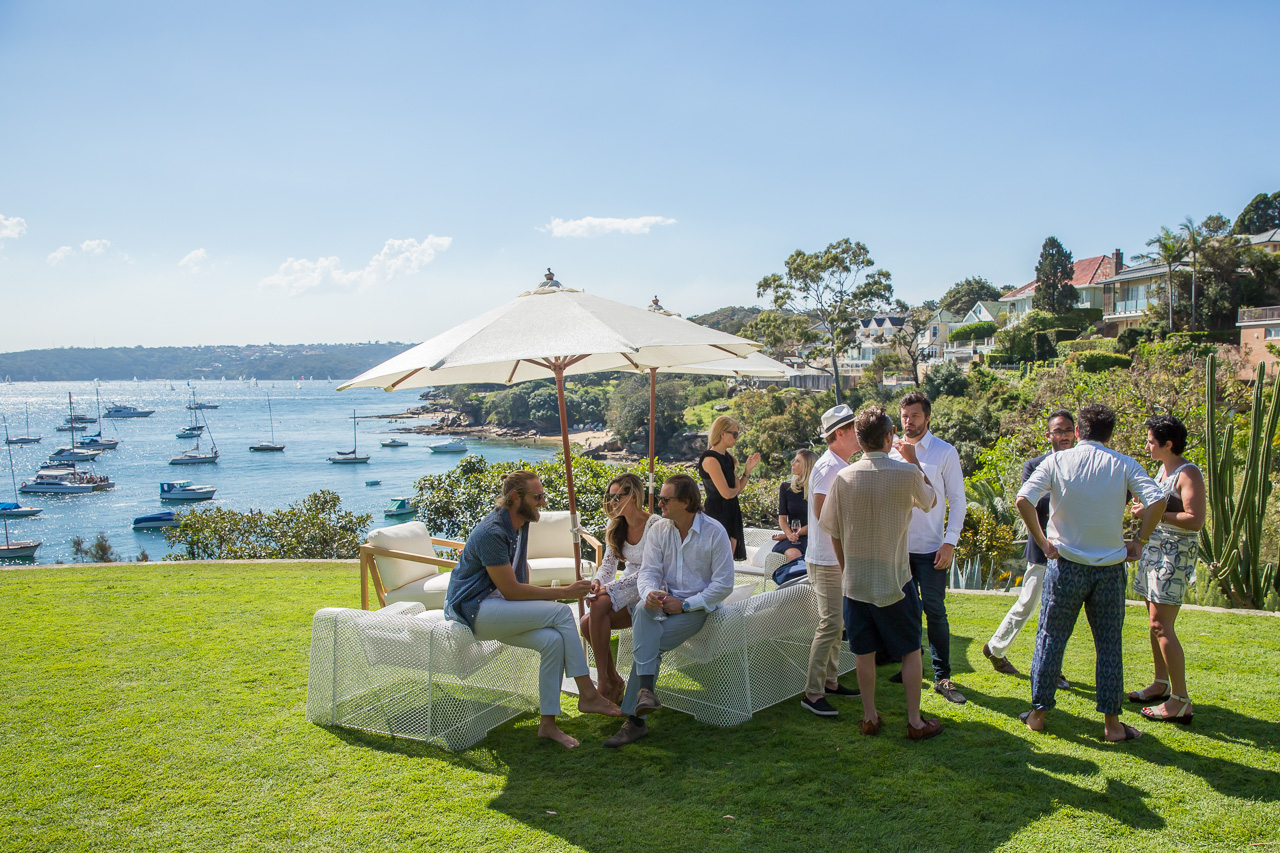 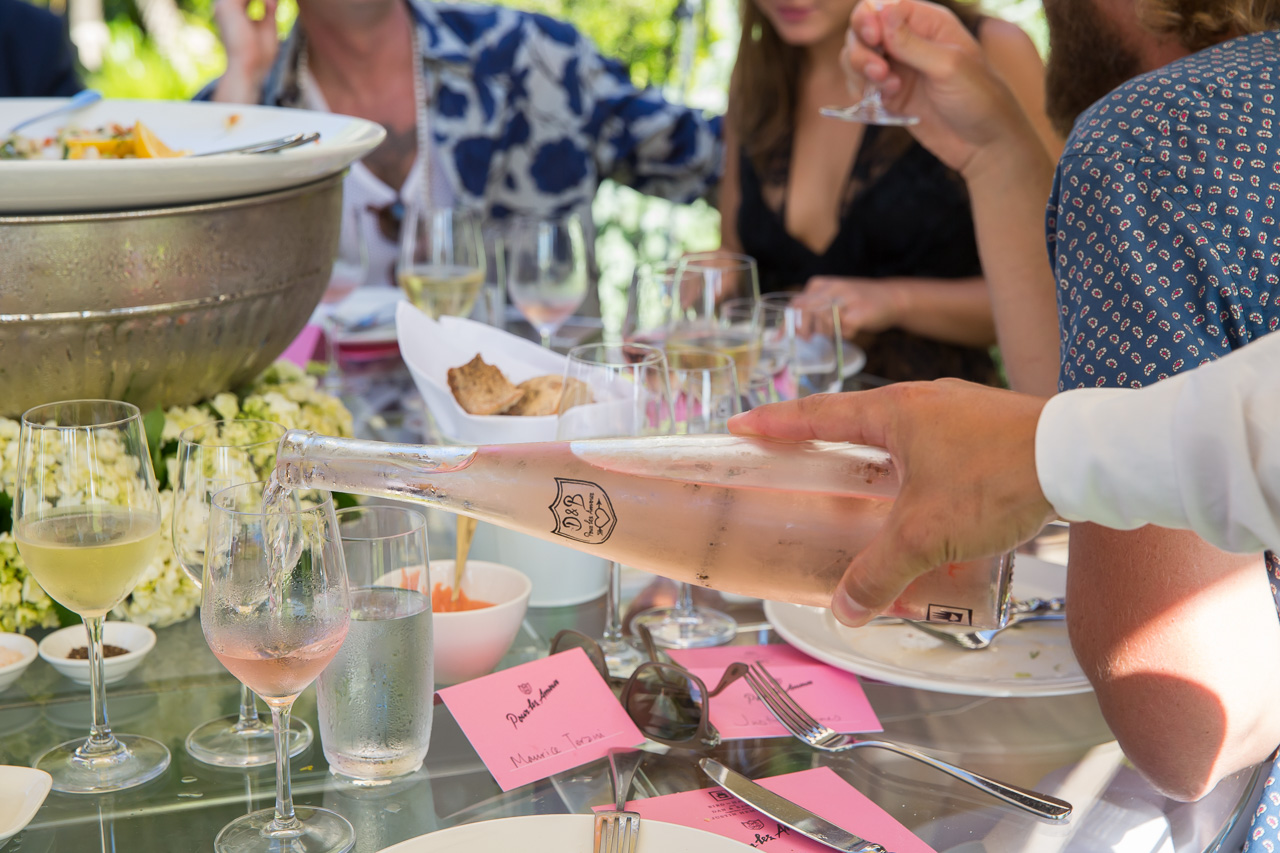 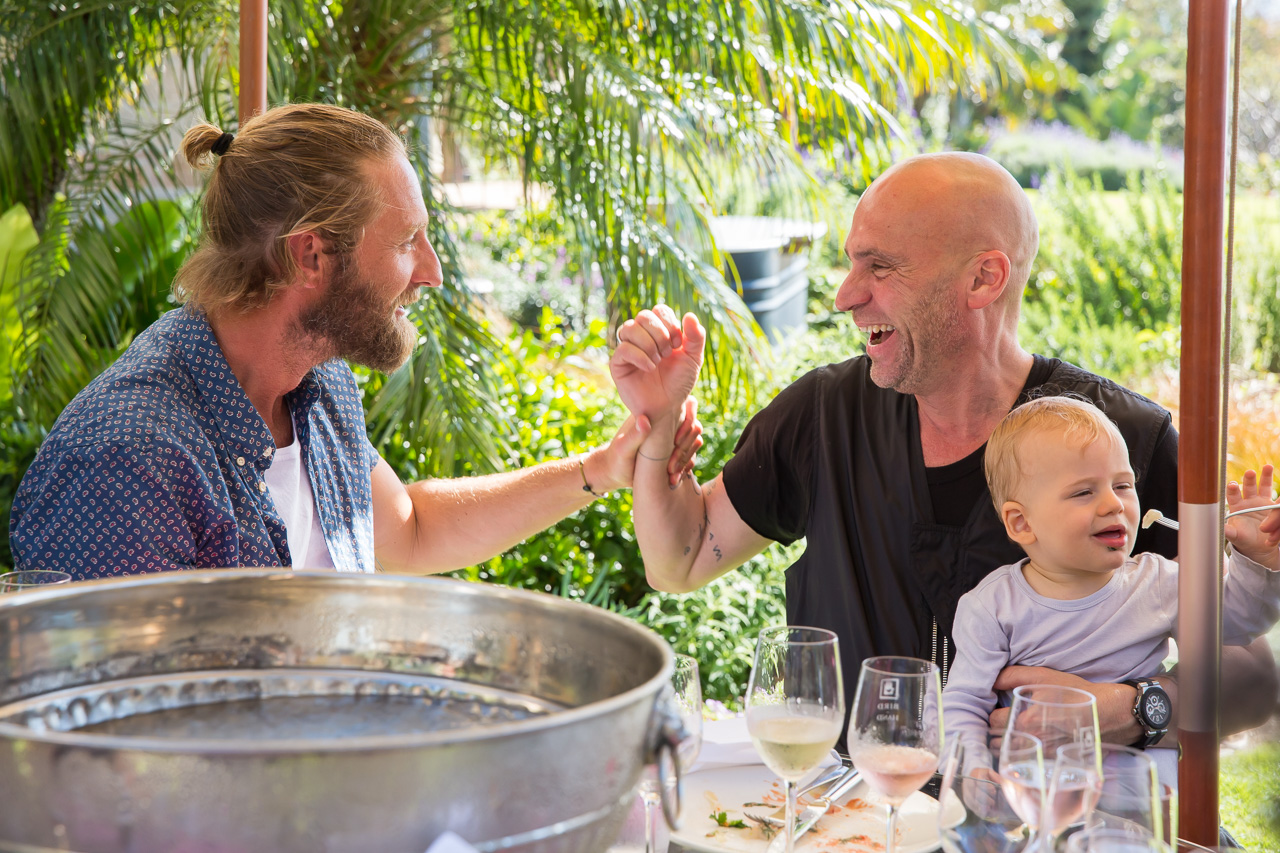 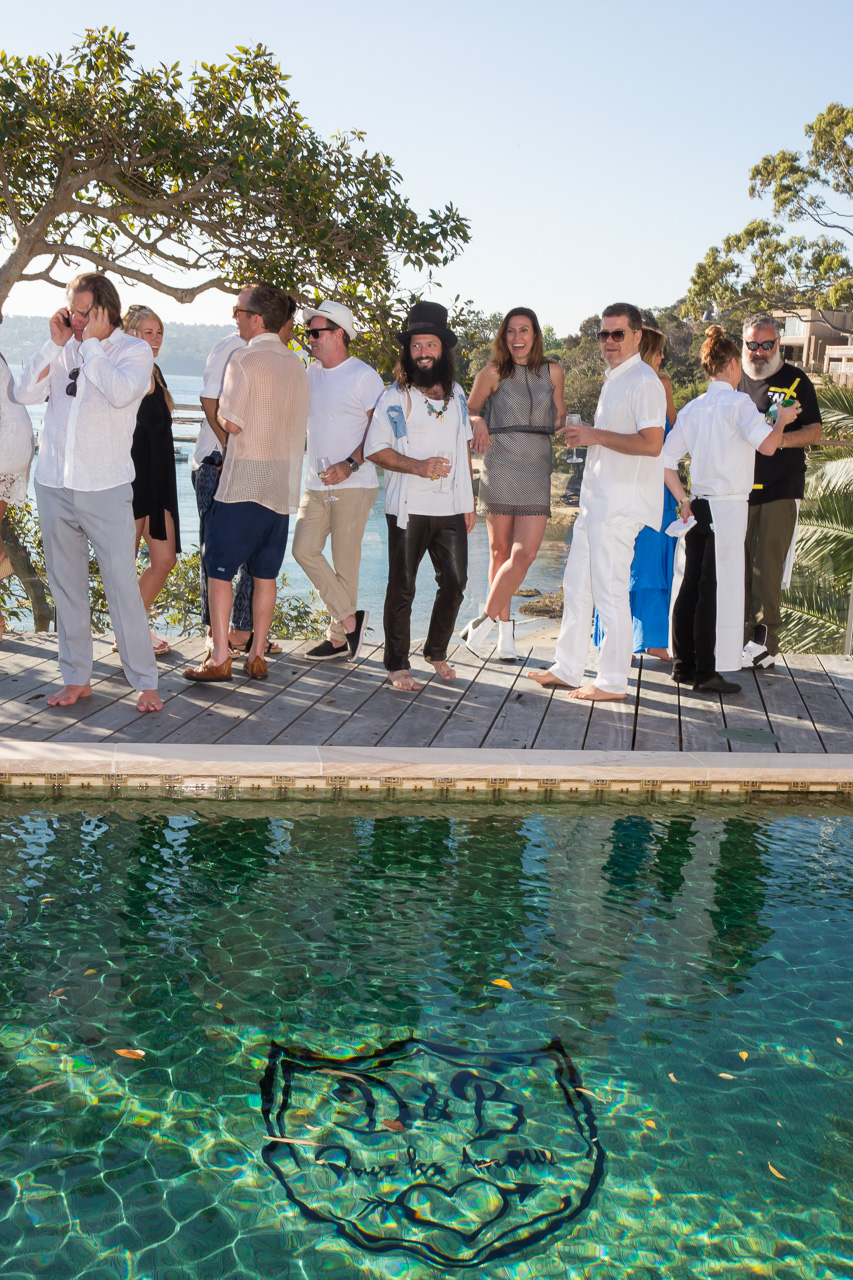 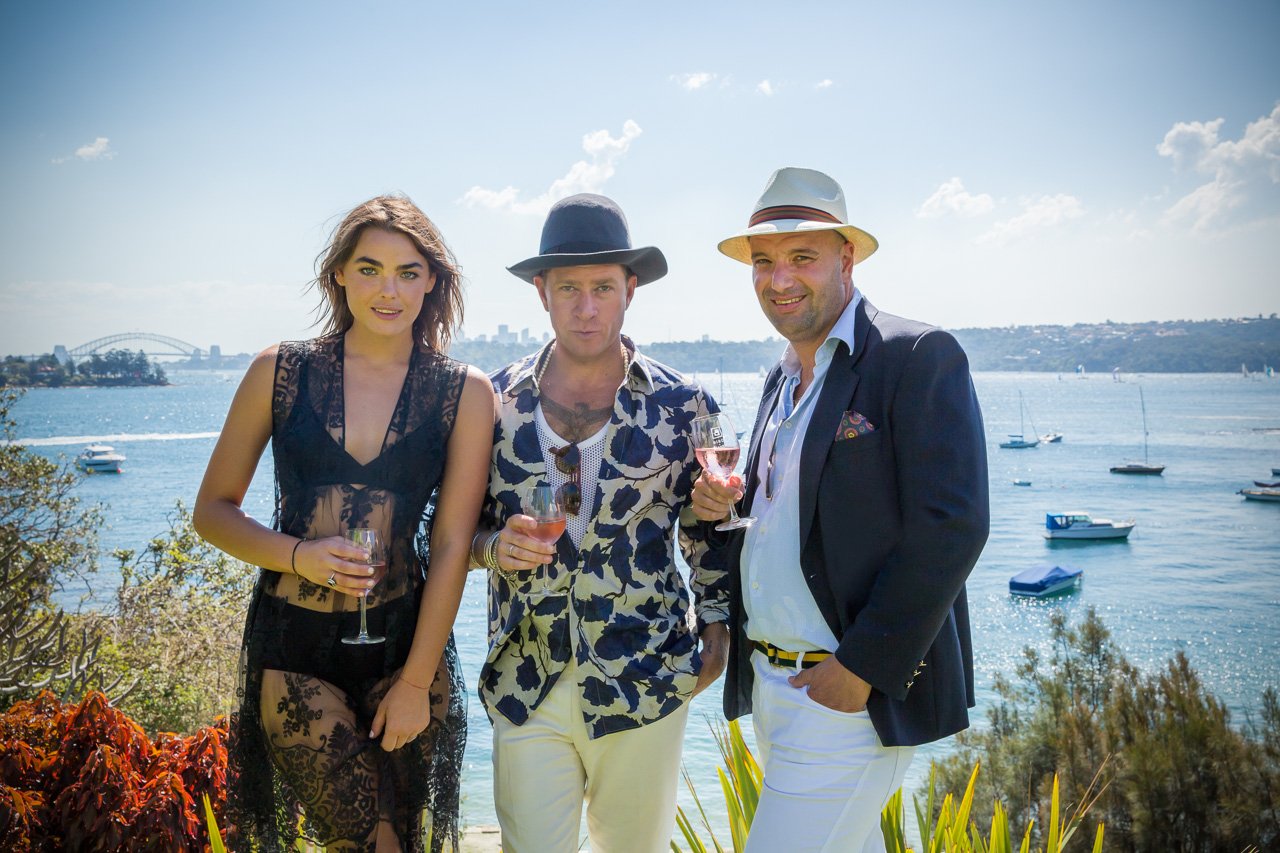 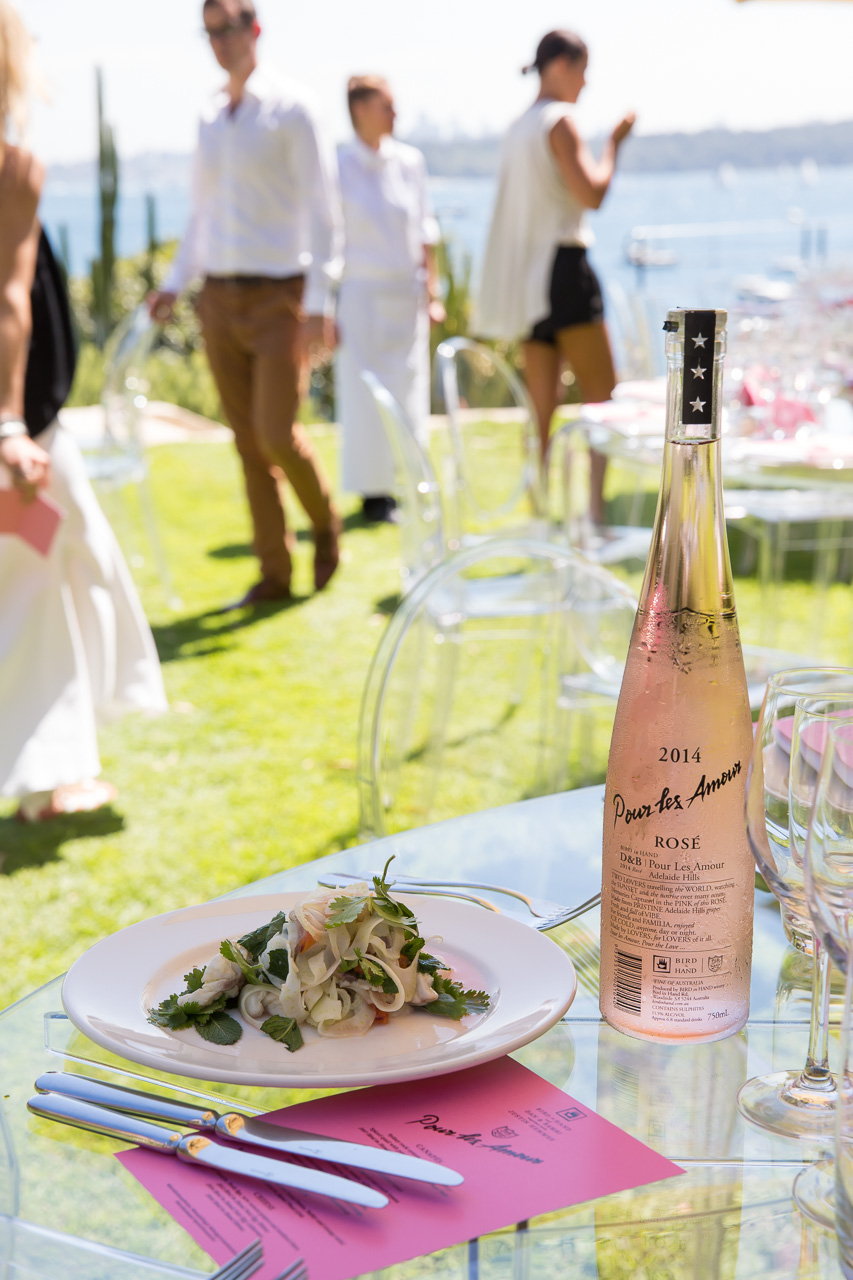 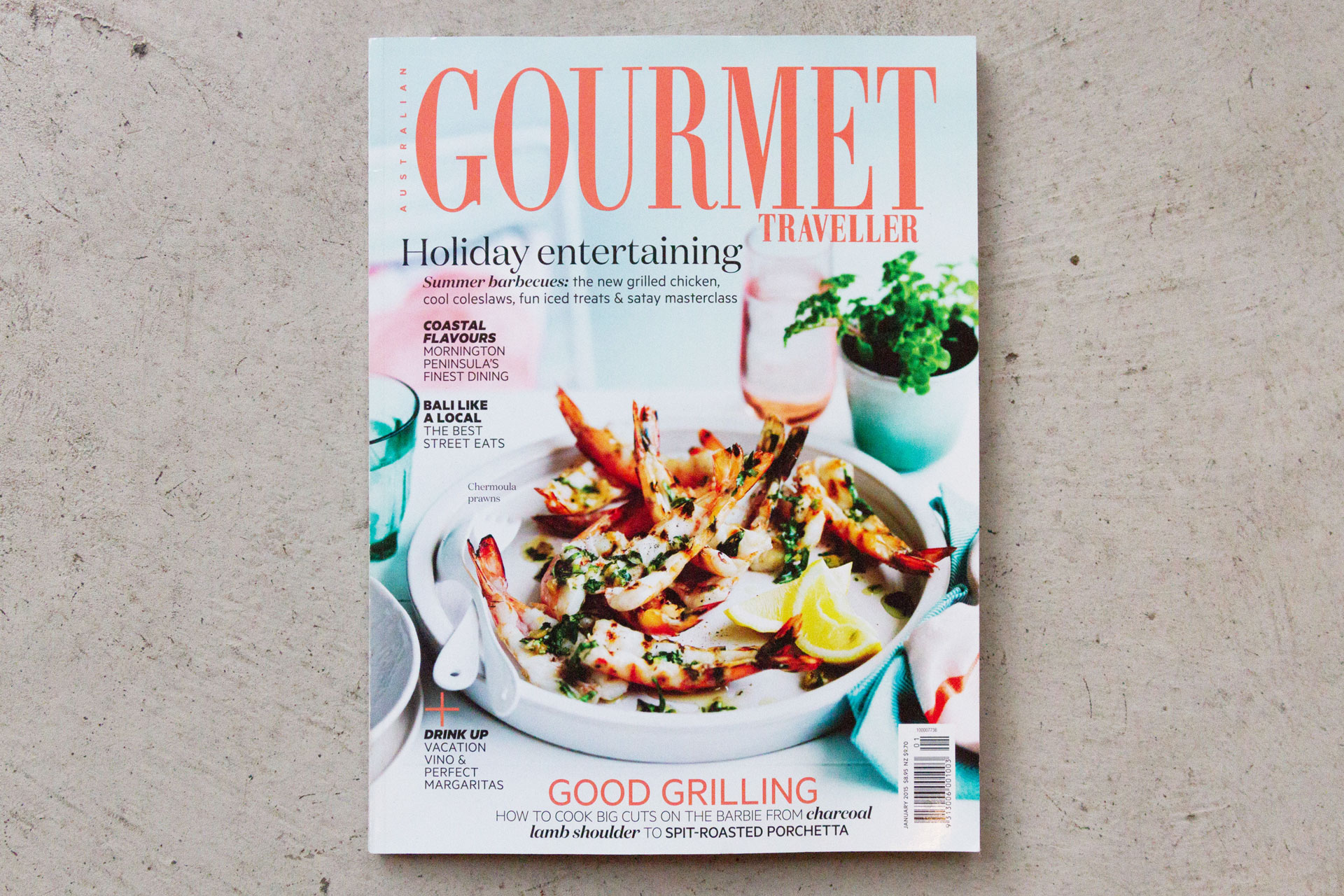 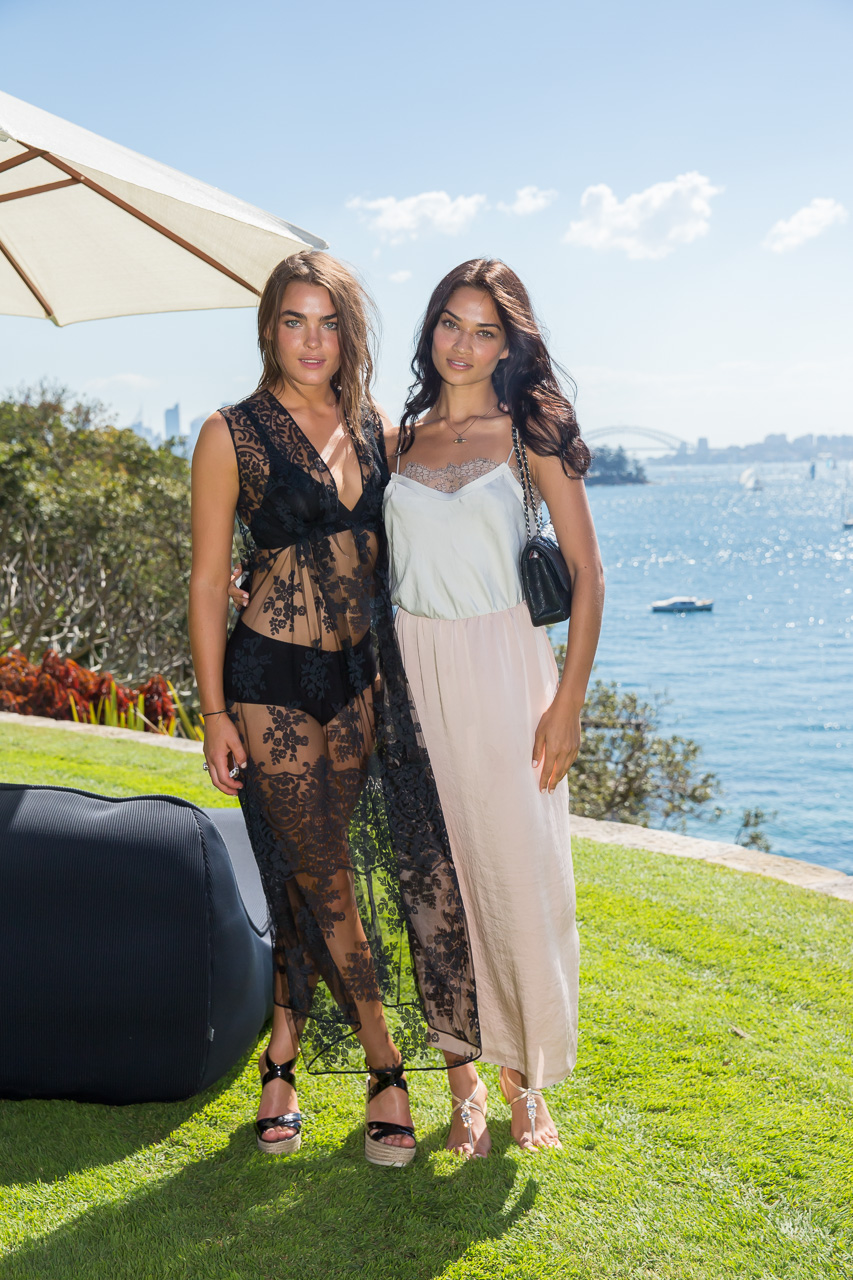 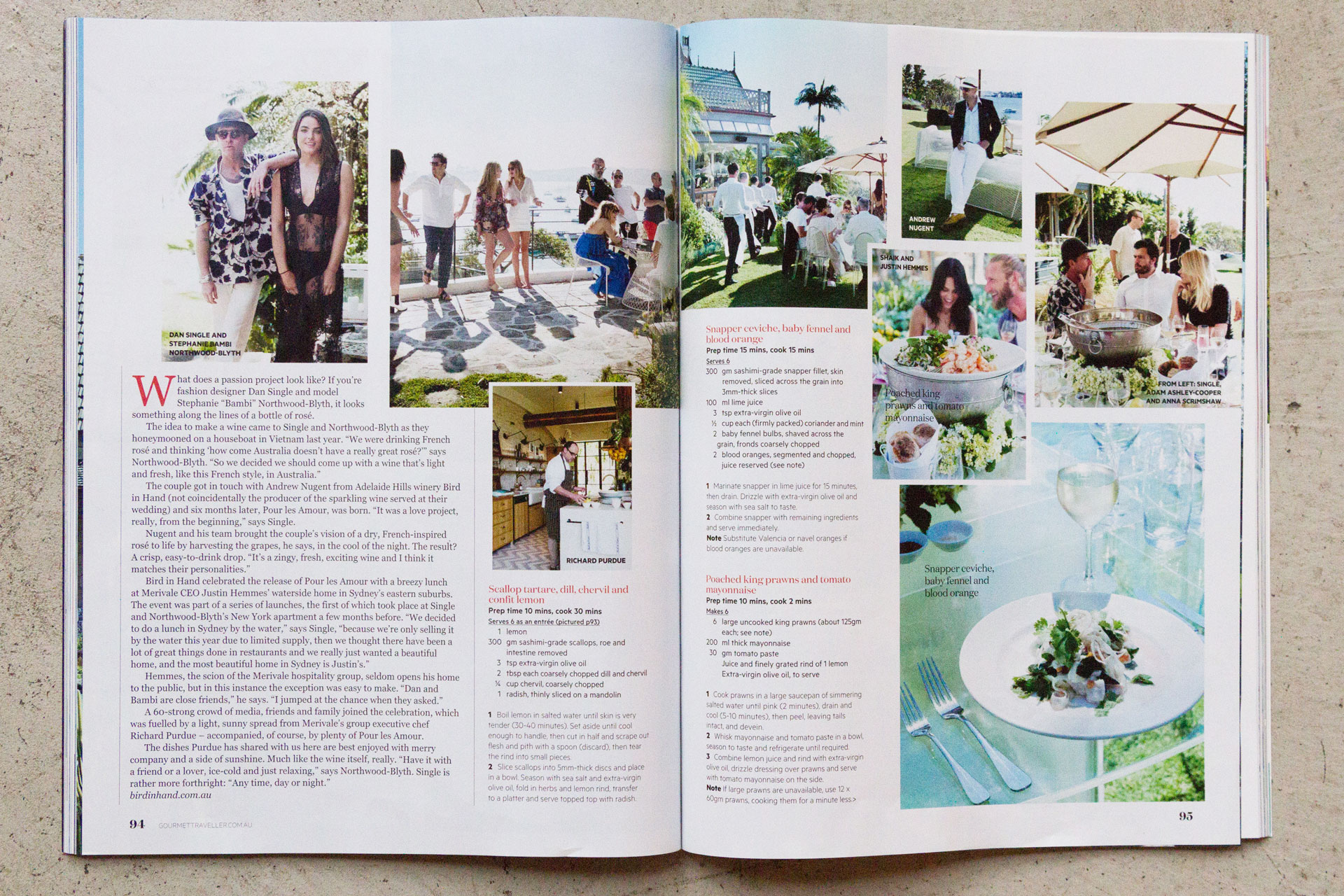 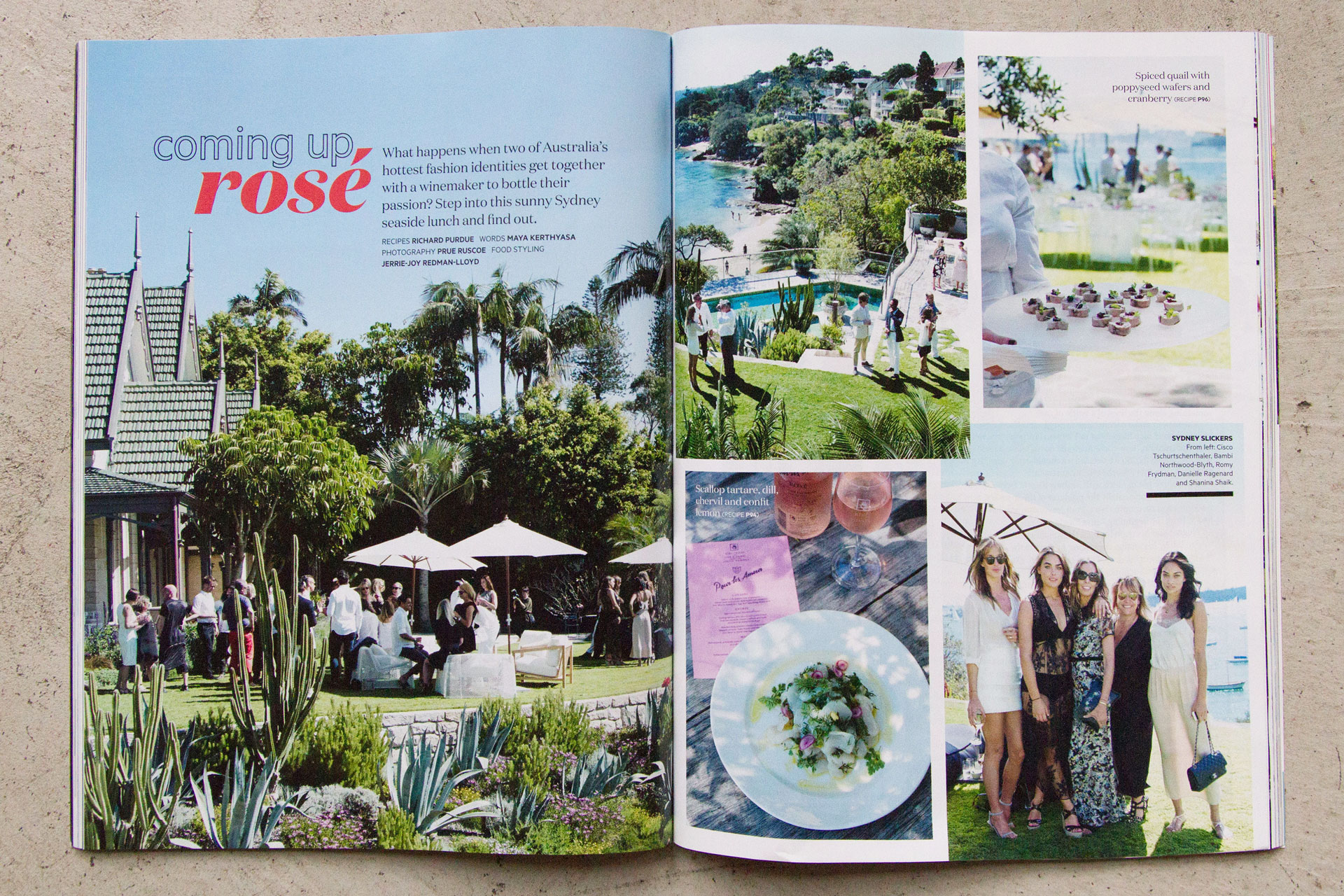 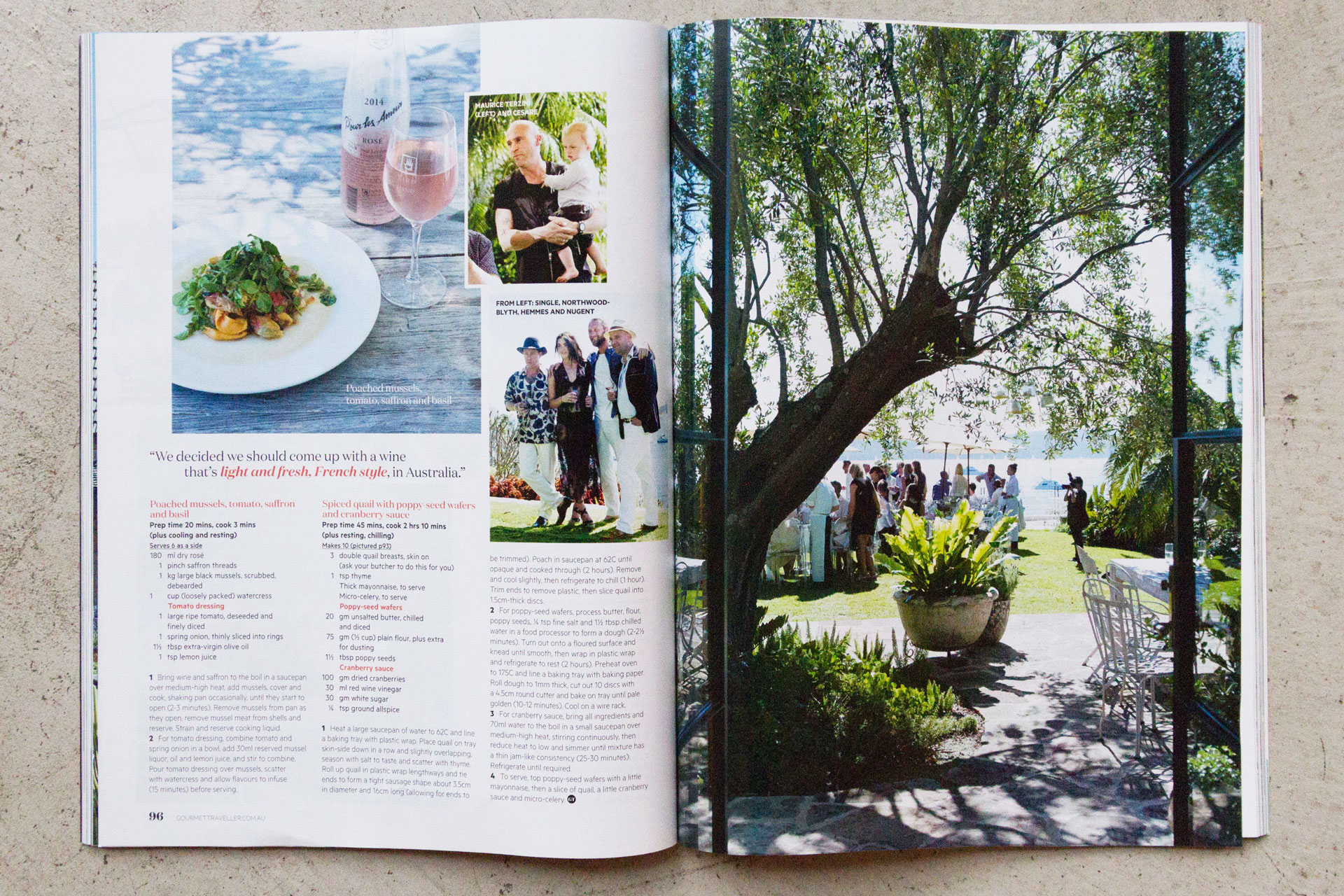